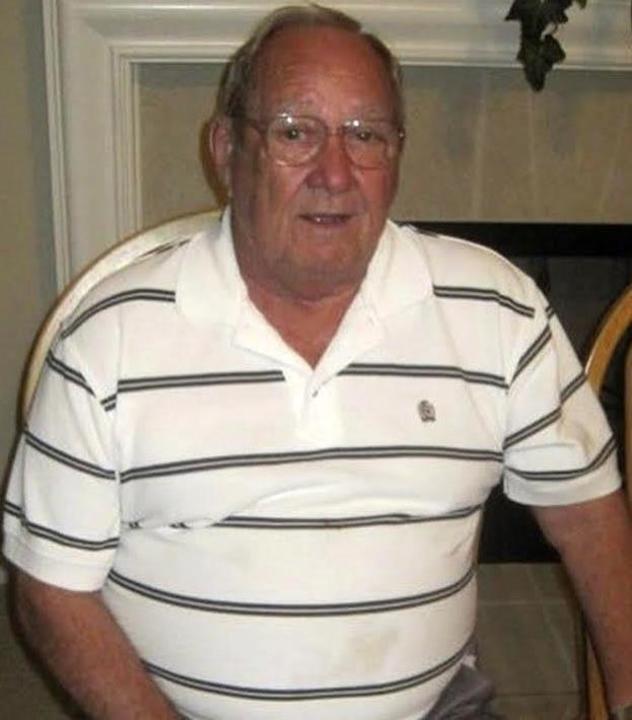 Howard E. Bracken, 85, New Palestine, passed away Wednesday, October 16, 2019.  Howard was a machinist for 35 years at Ford Motor Company Indianapolis, Indiana retiring in 1992.  He was an active member of St. Bernadette Catholic Church and Our Lady of Lourdes donating his time to many activities throughout the years, most famously running the Barbecue Booth at the St. Bernadette Parish festival.  He was an avid bowler, enjoyed attending the Indianapolis Indians games, watching the Indianapolis Colts and visiting the casino.  During his retirement he enjoyed supporting his grandchildren in all their sporting and school activities as well as attending to his beloved garden.  He was preceded in death by his mother Doris Carrico, father Grover Bracken, sister Mildred Smith, brother Bill Bracken and granddaughters Sophia and Madeline Bracken.  He is survived by his wife of 59 years Diane (Brandmaier), daughters Sherri Moran (Jerry), Melissa Weidman (Lou), sons Michael (Pam) and Cary as well as 8 grandchildren and 4 great grandchildren.  Mass of Christian Burial will be 1:30 p.m. Saturday, October 19th at Our Lady of Lourdes Catholic Church, 5333 E. Washington Street, Indianapolis, IN 46219.  Visitation will be held from 10 a.m. 1 p.m. Saturday, October 19th at Oakley-Hammond Funeral Home, 5342 E. Washington St., Indianapolis, IN 46219.  Interment will follow the Mass at Calvary Cemetery.