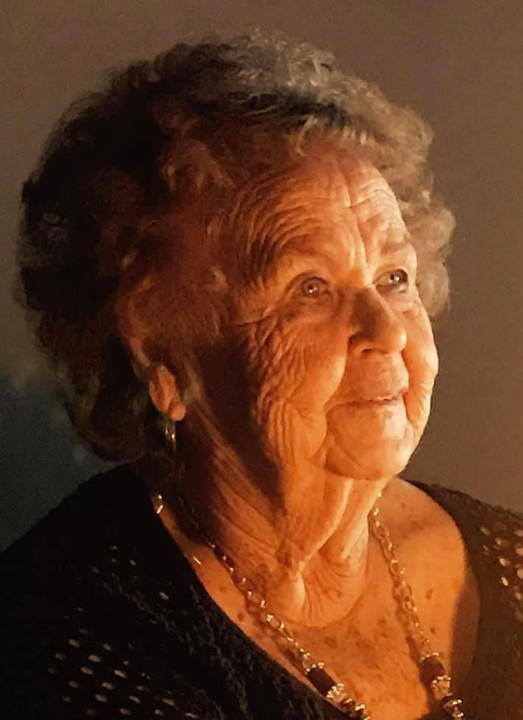 ﻿Patricia Ann (Cross) Welder, 86, of Newburgh, IN, passed away peacefully at The Evansville Protestant Home on December 11, 2019. She was born in Princeton, IN on February 12, 1933 to the late Darwin “Dob” Cross and Johnnie (Christmas) Cross.

Pat graduated from Mount Olympus High School.  She later went back to school to get her certificate of Nursing. From 1977-1981, she ran her family’s grocery store, Cross Country store, now known as Sullivan’s in Union, IN. In 1982, she and Carlos moved to Florida where they owned and operated two large dry cleaners in Sarasota and Tampa.

In 1949, she married her high school sweetheart, Carlos Welder. For over 66 years, they lived a beautiful life making memories with all their children, grandchildren, and great grandchildren. She enjoyed her life to the fullest. She enjoyed shopping, meeting new people, fishing, playing games, especially scrabble, and she loved her faith, and most importantly spending time with her family.

She was preceded in death by her parents, Darwin “Dob” Cross and Johnnie (Christmas) Cross; her sister, Connie (Cross) Martindale and brother, Carrol Cross; and her beloved husband, Carlos Welder.

A memorial service will be held at a later date. In lieu of flowers, the family is asking for donations to the Diabetes Research institute, 200 South Park Road Suite 100 Hollywood, FL 33021.

Sympathy wishes may be expressed at www.titzerfuneralhomes.com.