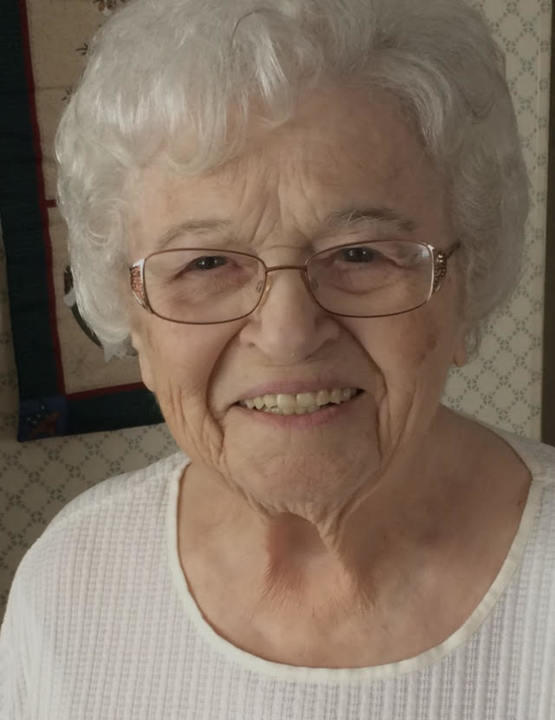 Dixie Lee (Malone) Rode was born on Thanksgiving Day, November 24, 1927 to Stephen Hansel Malone and Epha Delight (Marine) Malone.  She was the second oldest of six children, and lived in Beech Grove, Indiana until she married. She always enjoyed singing, and upon her graduation from Beech Grove High School in 1945, she studied and took voice lessons for 2 years at Jordan School of Music. Her work life was as a cashier and gift wrapper at H.P. Wasson Dept. Store in downtown Indianapolis, and then later as a file clerk, advancing to bookkeeper at Indiana National Bank.

Her marriage to Carrol Paul Rode on March 19, 1949 was blessed with two sons, Jeffrey Allan, born on Christmas Day in 1952, and Michael Edward, born on September 4, 1957. She lived the majority of her adult life in the home built early in their marriage by Carrol and his brothers, on a corner of the Rode family farm.  As a homemaker, she enjoyed being involved in her sons' school and sports activities, and living a quiet domestic life. She welcomed Jeff's wife, Margaret (Peggy), into the family in 1975, and was delighted when the blessings of grandchildren, and eventually great-grandchildren were added to the family.

In younger years, Dixie and Carrol enjoyed socializing with family and friends from St. John Lutheran Church and the Five Points Community - whether with church league bowling or softball games, at 'card party' nights with countless games of Euchre being played, or going on fishing trip vacations  She, and many of those friends, also sang in the adult choir at St. John.  As an avid reader, Dixie was quite adept at doing crossword puzzles (in ink!), and word search puzzles. Her hobbies included doing crochet, and counted cross -stitch projects. Though she always said that she, “wasn't that good of a cook or baker”, her cooking proved otherwise, and her Pecan Pie was marvelous- as many family members will attest.

Dixie was afforded the opportunity to accompany friends on their travels, and had been to England, Ireland, and France, had traveled twice to Hawaii, and enjoyed exploring the eastern seaboard of the United States.  In later years she enjoyed cooking and travel vicariously through television programming, but the main daily television 'appointment' was from 7:00-8:00 pm when she would settle in to watch 'Wheel of Fortune' and 'Jeopardy', both at which she was very good in solving the puzzles!

Though quiet, Dixie enjoyed comedy (especially British), had a sly sense of humor, and could sometimes be quite determined. She would almost imperceptibly set her jaw, and then enjoy seeing the reactions of people who thought a sweet, little, old lady couldn't do something, and then proving them wrong!

Throughout the various ups and downs of her life, with the passing of her parents, siblings, husband youngest son, many friends and in-laws, health issues, multiple surgeries, and dealing with depression most of her adult life, Dixie remained firmly grounded in her faith that Jesus Christ was, and is her LORD and Savior.  In later years she would often wonder aloud why the LORD was keeping her here when she felt that she wasn't contributing to life in the way she desired, but would accept the reminder from family that she was needed to be a 'pray-er' for family and friends, and that perhaps it was so that they might have opportunity to serve her.  After the challenges of the past six weeks following a fall at home early in November which required hospitalization and rehab stays, and which were complicated by COVID-19 social distancing precautions, Dixie- though happy to finally have an in-person visit with Jeff and Peggy last Wednesday, but probably realizing that she wasn't going to be able to live independently again in her home- was tired, and ready for Jesus to take her to be with Him.  She will be greatly missed, but we have joy in knowing that she is celebrating Christmas this year in Paradise with Jesus and all the loved ones who have gone before her – especially her husband Carrol, and son, Mike.

Because Dixie had a heart for sharing, the family requests that memorials be directed to St. John Lutheran Church, or to her favorite charity, St. Jude's Children's Hospital.

Blessed are those who die in the LORD, and how blessed are we who have the sure and certain promise from Jesus, that all who believe in Him can look forward to future reunions with our loved ones who are now safe with Him.  Funeral services will be 12 p.m. on Thursday, December 24, 2020 at St. John Lutheran Church, 6630 Southeastern Avenue, Indianapolis, IN 46203 with visitation from 10 a.m. until service time.  Due to Covid-19 mandate, all those in attendance must wear face coverings and practice social distancing.  Interment will follow at St. John Lutheran Cemetery.