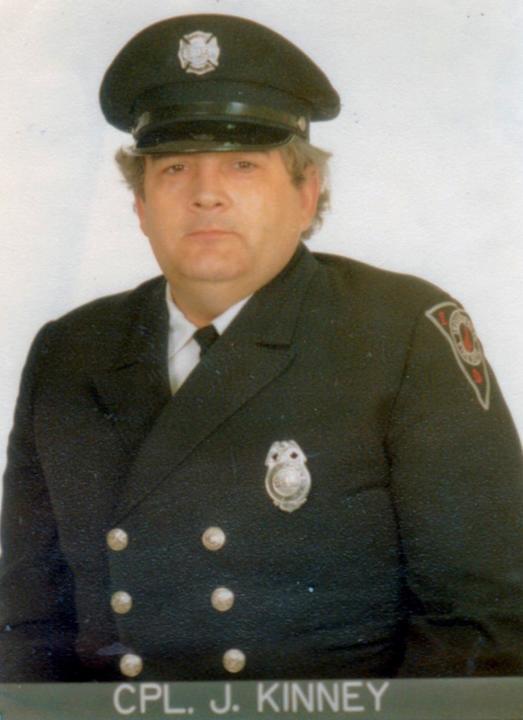 Joseph (Joe) Dale Kinney was born Wednesday, July 14, 1937 at St. Vincent Hospital on Fall Creek in Indianapolis to Louise Kinney (Bailey) and Dale J. Kinney. He grew up in the Fountain Square area, graduating from Sacred Heart High School. After high school Joe served in the United States Air Force from 1960-64 and was stationed at Wurtsmith AFB in Oscoda, Michigan. He was honorably discharged at the rank of A2C.

He started his career in sales in when he came home to Indianapolis. Joe could sell ice to a penguin. He sold everything from Shoes, to cars, to appliances and more. In 1967 Joe started his dream career doing the best job ever, with the Indianapolis Fire Department. Joe served 20 years, starting out as a sub at Station 15, floating throughout the city but eventually ending up as a back-stepper on Ladder 15. We have been told by so many of his friends on the job that he would have been a great officer. He wanted to wear the black helmet; he did however fill in as ride-out officer on Ladder 15 for quite some time. During his time as a firefighter, he received his Practitioner of Barber Science from the Indiana Barber College in 1972, so if he gave you a bad haircut, the statute of limitations has expired for that.

After retirement from IFD continued his career in sales and delivering pizzas for the Big Three: Dominos, Pizza Hut and Papa John’s. He worked at Gallahue Mental Health (Community Health Network) for five years working with the mentally disabled in a group home. Joe took a job a little later delivering even more precious cargo than the aforementioned pizzas, when he started driving the school bus for St. Mary’s Child Center. I think you can all see the framework that is Joe Kinney. That framework is helping others.

Part of this framework of helping others started from a need to help himself and his family. Joe had his own demons and fought addiction his whole life. He started gambling playing games at the local Catholic festivals. This addiction stayed with him throughout his early adult life into his 30s, almost destroying his family, but he eventually saw the light at the end of the tunnel and sought help. He and our beloved mother would drive to Cincinnati and back every week to attend Gamblers Anonymous meetings where he found recovery from his addiction, having been free of gambling for 40 years. After year making the drive to Cincy. Joe and Amber Rose brought this life saving program and Gam-Anon to Indianapolis and it has been a staple of recovery in the city ever since.

Joe saved many lives and helped so many in the Indianapolis community and always put others above himself. One of his greatest assets or downfalls if you were his child waiting to leave was his gift of gab. If you were to ask his children, they would tell that he never met a stranger.  So, if you were ever on a bench in the grocery or department stores on the east side of Indy waiting for your wife to finish shopping, you probably met our father and had a conversation about anything and everything. This wasn’t just in Indianapolis, he found friends on all trips Including Disney where you could come off a ride and there he sits next to his newest friend. Then the next ride yet again, a new friend. Joe’s best friend was his beloved wife Amber Rose. They stayed married through thick and thin for 50 years of wedded bliss, well mostly bliss.

Joe enjoyed his cars, trading them in and out every few years. He playing Euchure and Hand and Foot with family and friends. He was an avid sports fan who enjoyed watching football and baseball. He loved nightly routine watching Wheel of Fortune and Jeopardy. He spent his days enjoying American Pickers and Pawn Stars, not to mention old war movies and westerns.

Joe was preceded in death by the love of his life Amber Rose, his parents Dale and Louise, and his sisters Dalene, Darlene, Carla Jean and Donna. He is survived by his sister Dee Ann (Scharfenberger), brother Maury, daughter Patti (Monroe) sons Dale and Joseph (JJ) and many grandchildren.

We lost our father, and the city lost a true hero.

In lieu of flowers, memorial contributions can be made in Joe’s honor to St. Marys Child Center or IFD’s Survive Alive.